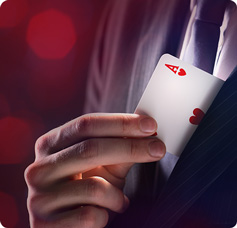 Poker is a game where etiquette plays an important role. In a game filled with plenty of tension and excitement, it is up to the players to referee themselves when it comes to proper decorum and behaviour at the table.

While this is infinitely true with live poker games, players often make the mistake of not thinking the same for online poker games. Despite live play having significantly more considerations and etiquette surrounding the game, there are still a few do’s and don’ts when it comes to playing poker online.

Avoid Harrassing and Lecturing Other Players

Criticising players and berating them for seemingly bad plays is discouraged. Bullying, whether online or offline, is never acceptable and players are encouraged to report such instances.

Lecturing someone on their play and actions is never a good strategy for yourself or for the other players at the table. While you might have good intentions in trying to teach someone on how to play poker properly, other players on the table might not appreciate the new-found advantage you have given that player.

Never give advice to other poker players about the action they should take, whether jokingly or not. Giving advice, whether solicited or not, is unfair to the other players still in the hand.

You are also giving away vital information on how you would act in certain situations, which is never a smart move.

Do Not Use Abusive Language

More of a general rule for what is considered acceptable online behaviour, not just in poker. Online poker, while competitive, should always be played in a fun and safe environment. Avoid using profanity, and never abuse another player at the table. 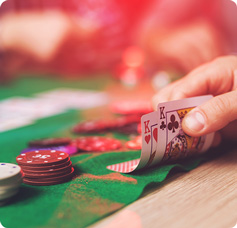 In fact, never share what your hand was at any point in the game. Revealing your folded hand gives other players an advantage, especially the more advanced players.

These players will use whatever information you give them against you. Giving them an insight into how you might play similar hands in the future puts you at a serious disadvantage.

Keep Up With The Pace Of The Game

Despite the best online poker sites having a strict time limit feature, players are still encouraged to act rather decisively and not wait till the last second of their clock to make their action.

If you are “multi-tabling,” ensure you are only playing a manageable number of tables, in which you can make timely actions in all of them. Use pre-select functions when possible.

This is one of the biggest sins you can commit while playing poker as it is considered a deliberate and disrespectful act.

It occurs when a player knows they have the nuts (the best hand possible in a round) and takes an intentionally long time to call, despite knowing that they will almost certainly win the hand.

Make sure you read the rest of our Texas Hold'em Poker guides to learn more about online poker.

How to Play Texas Hold'em Poker - learn the basic rules of this traditional poker game.